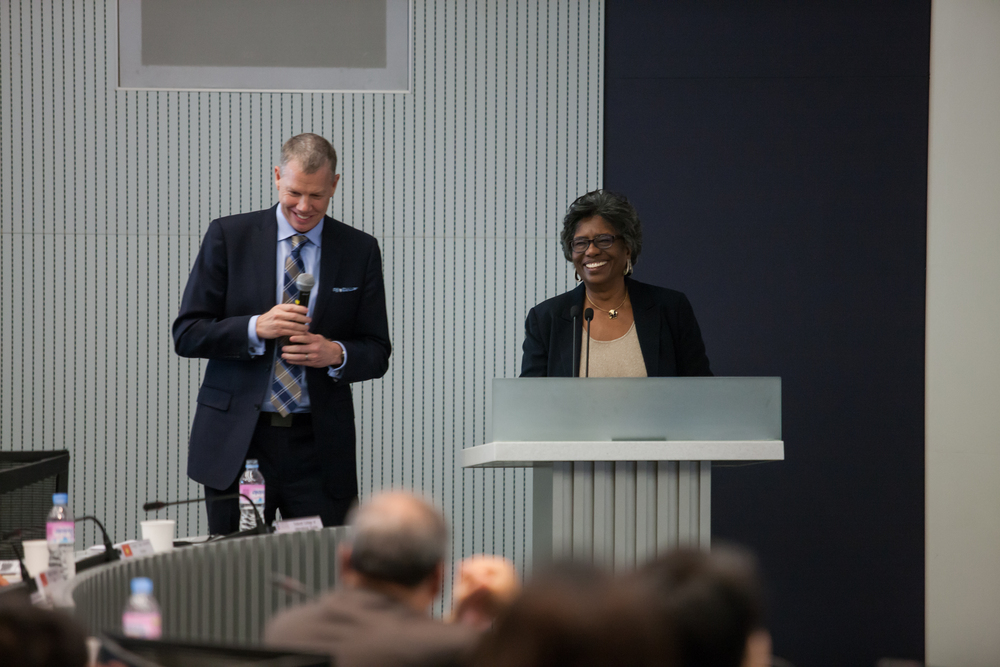 Jacqueline Royster, dean of the Ivan Allen College of Liberal Arts, was named to the Advisory Council of the Endicott College of International Studies at Woosong University.

Royster received the appointment during the Endicott College’s naming event, which was held in Daejeon, South Korea on March 2, 2017. The College is named after John Endicott, a former professor in the Ivan Allen College Sam Nunn School of International Affairs and current president of Woosong University.

During the event, Royster gave remarks to commemorate a Memorandum of Uunderstanding between the Woosong Endicott College and the Georgia Tech Ivan Allen Colleg of Liberal Arts. In addition, she participated in a roundtable discussion on “Industry 4.0: Impact and Opportunities for Asia.”